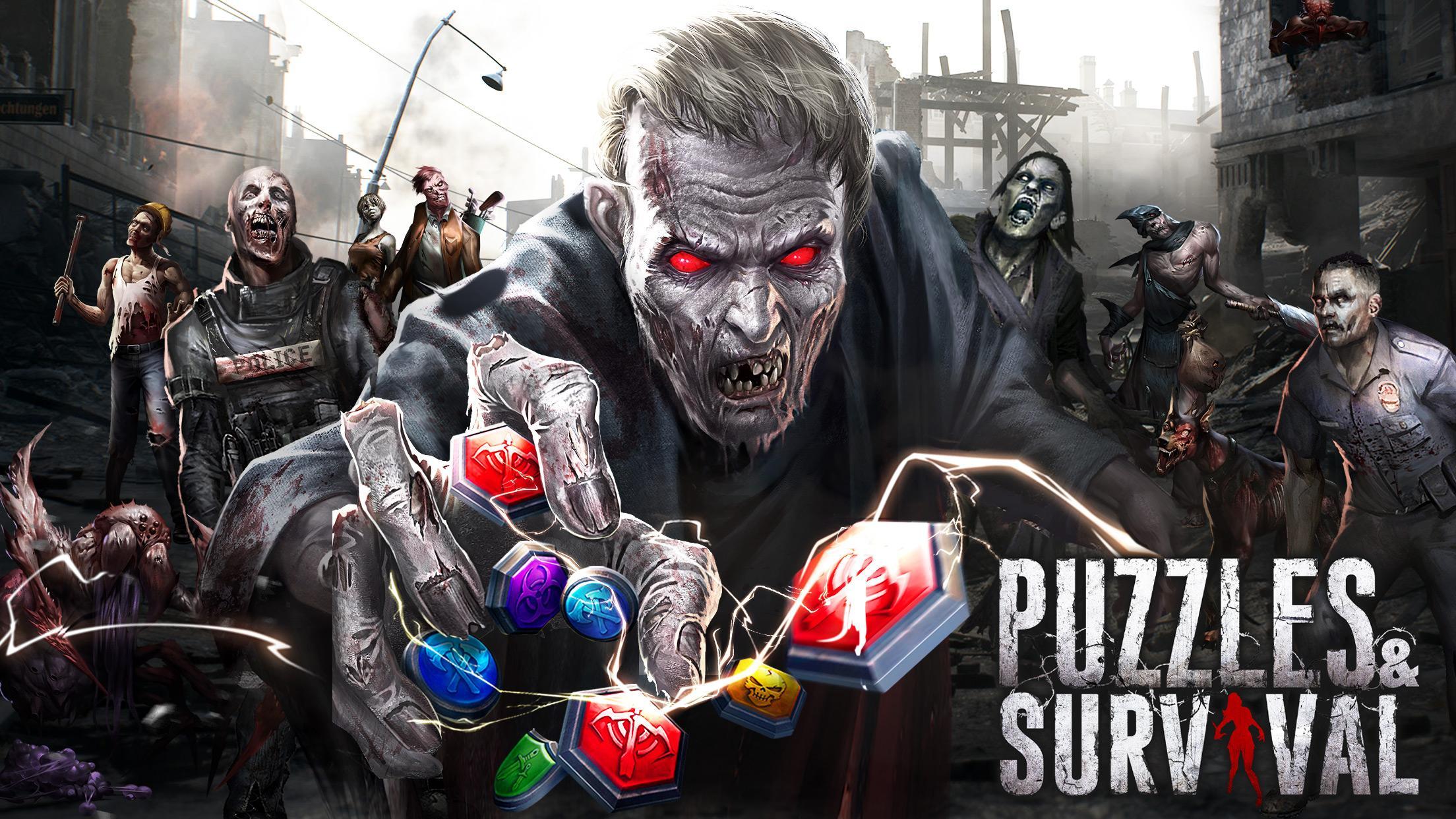 Puzzles & Survival is a mashup of two of mobile gaming’s most lauded genre’s – base building and match-three puzzler RPG’s.

When you step into the game’s zombie apocalyptic world, you’ll be put in control of your own home fort and attempt to build it into something grand. And the best way to do that is by adding different sections to your base, placing new heroes within your zombie killing army, join a helpful alliance, and perform a number of other tasks. There’s so much to accomplish during your time spent with Puzzles & Survival, which is why we’re here to push you in the right direction. It’s time to construct the base there is and fend off the many zombified enemies that look to disrupt your tranquility.

Here are the top five tips, tricks, and cheats you need to know for Puzzles & Survival:

• Puzzles & Survival’s campaign mode acts as a match-three puzzler that features light RPG elements. You’ll regularly be tasked with confronting numerous undead threats with five of your best heroes. When it comes time to put a team of heroes together, you’re always better off making sure each of your hero slots is filled by characters from every color classification. That means you should have a purple, yellow, red, blue, and red hero type within your party formation at all times. Even though you may have a hero who’s stronger than one of your other class types and is of the same color classification as another hero on your team, it’s really not worth placing them on your squad. You never want to match up a series of puzzle pieces and be unable to get any damage from its attack because the color type hero associated with those puzzle pieces is missing.

• During regular puzzle stages, you’ll confront three waves of enemies. Make your matches as usual, but try to keep an eye out for puzzle piece matches that go over the number of three. Not only do these match types create special grenade pieces that really give you a nice match/attack boost, but they also land more damage on your zombified foes. Speaking of matches, you should make it a habit of making vertical matches that are capable of landing big damage on whoever’s standing above that match. Horizontal matches are great when you’re trying to damage multiple foes, but vertical matches pay off better when you’re trying to wipe out a powerful foe in one shot when they’re weak against the color type you just matched. Vertical matches are geat for damaging multiple foes too if they happen to be right next to each other, by the way.

• It’s always worth having a healer on your team. Their special ability comes in handy, especially during boss encounters. When their special ability meter is filled, use it ASAP if that character and their teammates have taken any damage. You’ll want to make sure you enter the third wave of a regular stage with all your characters in tow or brave a single boss encounter stage with everyone alive. As for your non-healing characters, sometimes it’s best to save their special attacks for the final enemy wave and boss encounters. But if there’s ever a lone surviving zombie on your screen that you have no matches to take out with, then go ahead and use up a hero ability that targets that one foe. Better to just wipe that single zombie out in one fell swoop instead of wasting your time making matches that float right past it and don’t hurt it.

2. Keep on Building, Upgrading, and Researching 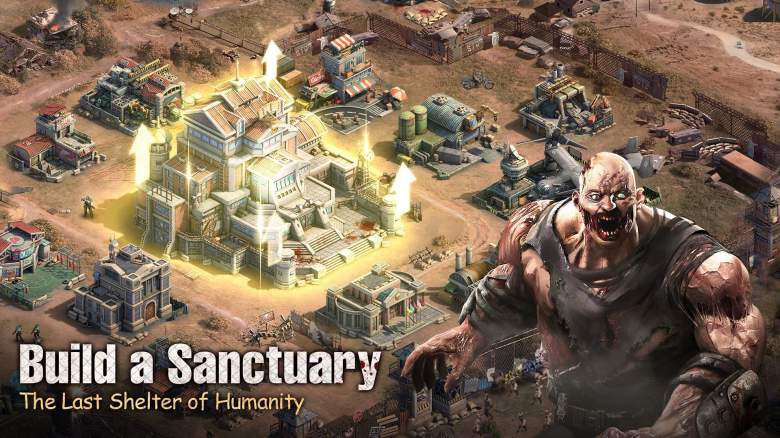 • One thing you should never do is leave your building and research jobs idle. Those are the types of responsibilities that should always be in the process of working while you tend to Puzzles & Survival other duties. The game tends to push you in the right direction when it comes to making further progress by placing two objective tabs on the bottom left corner of your base screen. So make sure to follow the advice seen on those two tabs so you can always build towards something greater and research new benefits that will make your base even more formidable. Earning player EXP and some of the better rewards in the game comes from simply completing the objectives tied to each subsequent chapter.

• If you’re going to spend your diamonds on something worthwhile, you’re much better off using them to purchase an extra build slot every two days. Having an extra build slot will certainly pay off in the long run. Once you’re ready to log off for the day, be sure to set up building and research tasks that have long wait times attached to them. By the time you log back in the next day, those jobs should be complete! Repeat that process every day and your building/research tasks should go as smoothly as possible.

3. Use Your Free Recruit Chances and Take Advantage of the Recruit 10x Option

• You’re going to need all the help you can get as you get farther and farther into the main campaign. Heading to Noah’s Tavern to recruit more heroes to your cause is a necessity if you’re looking to brave the many dangers of Puzzles & Survival’s zombie apocalypse. Always be sure to use your free recruit gift on a daily basis and definitely make it a priority of saving up the game’s three types of Recruit Coins for the Recruit 10x option.

• You can usually acquire Recruit Coins just by completing campaign stages, so save them up until you can cash them in for multiple goods and possibly a new hero or two. Those types of gacha pulls really pay off, especially when you earn a hero you’ve already unlocked. Those character tokens multiples go towards enhancing the copy that’s already in your party, which in turn makes them even more powerful. It’s always best to keep the heroes within your formation that you’ve steadily been upgrading, evolving, and enhancing. Just remember to make sure your party hero slots are filled with characters from every color classification.

4. Link Up with an Active Alliance As Soon as Possible!

• Once you’ve unlocked the ability to join an alliance, make sure to align with one as soon as you can. You don’t want to miss out on all the great benefits that come with working alongside an active alliance. You can ask your fellow alliance mates for help when you’re trying to speed up the completion time on building, researching, and training tasks.

• You can also make 20 donation attempts to your alliance’s tech tree specifications after a certain time limit has expired, which helps every alliance member earn rewards based on the daily donation rank for the day. Participating in Alliance Wars, getting gifts from the Alliance Treasury thanks to everyone’s weekly alliance activity, and prospering in Alliance Events to earn even more goodies are just some of the other benefits that come with working with an active alliance.

5. Here’s How Your Daily Log-In Activity Should Go 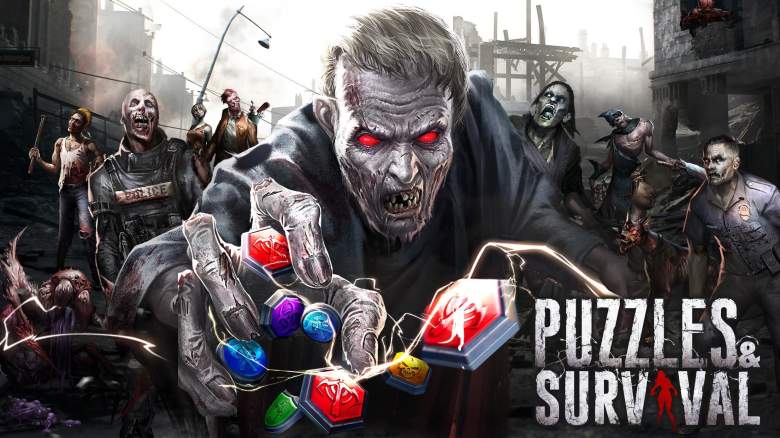 • Once you log-in for a fresh playthrough of Puzzles & Survival, here’s how you should approach your work for the day. First things first – fulfill all of the tasks associated with the tabs on your base screen that call for your attention. If the building, researching, and training jobs you set up while you were away are now complete, set new tasks for those duties to work immediately. Take advantage of your free recruit option at Noah’s Tavern, use up all 20 of your Alliance Tech donation chances, and also make sure to use all your free battle chances within the Arena. Explore the game’s massive world map to take down a single zombie and zombie lair. And check-in with the Radio building every couple of minutes to answer a trivia question so you can get your hands on some more useful items.

• When you finally unlock the Daily Quests tab, try to complete as many of the achievements on that tab as you can. As you upgrade your Headquarters, new daily tasks unlock and give you the opportunity to earn more rewards points that help unlock more reward chests. It’s pretty tough to complete every Daily Quest available to you, so just finish as many of them as you can so you can earn enough rewards points to unlock a few rewards chests. Unlocking at least three reward chests for the day is a sign of a job well done, we say!

Self-Defense Tactics Every Woman Should Know

Tactical Self-Defense Pen How to Make

More on Guns and Self-Defense